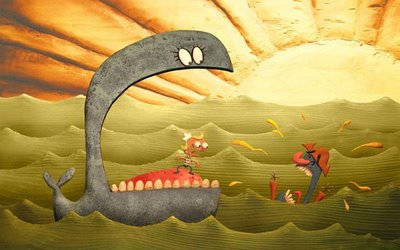 Cartoon Network just announced their 2008 line up of animated goodness. Among the slated list of cartoons are “Chowder” & “The Marvelous Misadventures of Flapjack”. We’re honored to be involved with both series by contributing a lot of fun stop motion segments. Kudos go to creators Thurop VanOrman (Flapjack) and C.H. Greenblatt (Chowder) for creating uber-cool cartoons!